Back again, to finish the work started a few weeks ago: swapping the front radiator air-intakes from their original standard egg-box get-up to the Challenge-style mesh. And once again we are following the guide by Aldous Voice to remove the front bumper and make the necessary changes. As mentioned in part 1, before we could remove the front bumper, we needed to get hold of a low-profile jack that would actually fit under the jack-points. Having made sure that we had everything necessary after finishing the rear, it was just a case of waiting for a weekend where both my dad and myself were free to get started. Oh, and it had to be before the Goodwood Festival of Speed!

The removal of the front bumper was mostly straight forward, although a few stripped screws slowed us down a little, so during the refitting process we replaced all of them with some shiny new bolts—maybe not 100% original, but much easier for any future work in the front wheel arch. Swapping the air-intake covers was actually the easiest part of the job, whereas trying to correctly align the bumper and ensure the panel-gap was minimal yet consistent along the entire bumper was a bit trickier.

The only real struggle was attempting to get the tow hook into place, as the hole in the grill was just ever-so-slightly offset, but with some brute-force it eventually went in; perhaps not as far as it should, but for now it’s purely cosmetic.

Unfortunately there was also a mirror injury: as my dad came up from putting the drivers-side wheel back on, he banged he head on the wing-mirror and it cracked! In a slightly sneaky move, I asked if we could replace both with some carbon fibre, Challenge Stradale-like mirrors, and so that is now the plan. Hopefully we can get this done within the next couple of weeks, before the Goodwood Festival of Speed, but that all depends on the new wing-mirrors being delivered in time. 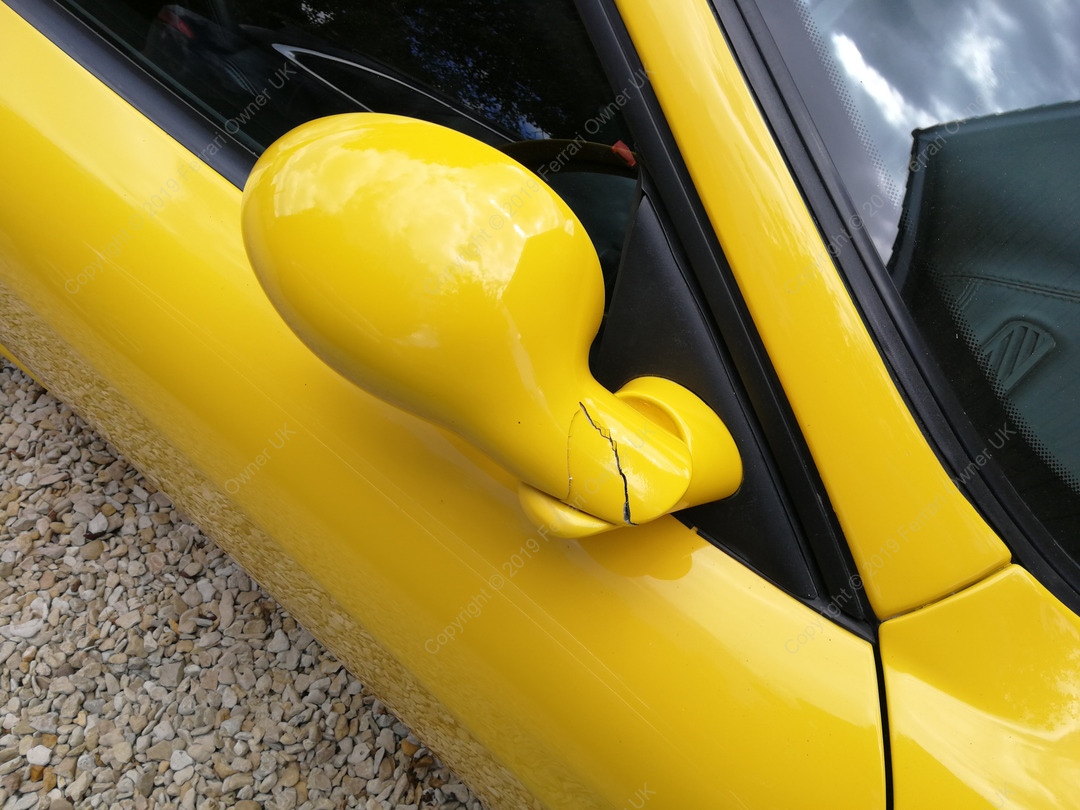 There are currently no events planned